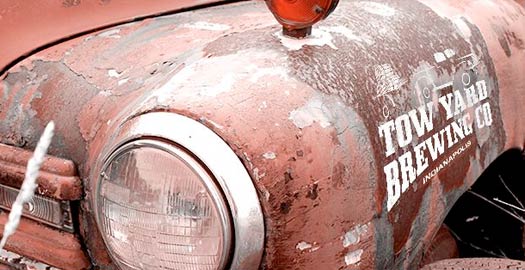 Pop Chart Lab has created the mother of all beer taxonomy posters! The aptly titled “The Magnificent Multitude of Beer” is incredibly detailed. Each beer style is linked divided into Ale and Lager, then to individual style, an example, and finally the glass it should be served in. Well done! It looks like they took their original “Very Many Varieties of Beer” and continued to add to it. This 60″ x 40″ poster will surely be the envy of your beer enthusiast friends. Check out our previous post on Pop Chart Lab here.

Great times at Sun King CANvitational. We got to sample some great canned beer and help support the Arts Council of Indianapolis Power2Give. What a great day for a beer festival! Perfect weather, good food, and of course beer. Well done!

Our first Cigar and Beer Pairing was one of our smoothest tastings to date. Many thanks to Ryan and Jenny Kraner for taking this idea and running with it. I’m sure there were countless hours of research going into this :). I’d also like to thank Eric Cole for hosting the event. Such a great time! CAO Gold Corona Gordo cigars were paired with Saison Dupont, Franziskaner Weissbier Dunkel, Triton Magnificent Amber, and John Henry Colonial Cream & Brown Ale (one of my favorites). Some homebrew also made an appearance including BIMP’s Wheat Wine, Super Duper Cuker (Wheat Wine w/ Cucumber), and FIC Bier (Dunkel Weisse). Each beer was sampled before lighting the cigar, and then again while smoking it. You’d be amazed at how the flavor characteristics of each beer morphed throughout the process. Lighter beers were sampled first, and moved towards darker/heavier/stronger beers towards the end. All around great event!

The grand opening at Indiana City was a lot of fun. Food trucks, music, and good beer. I got the opportunity to try each beer yesterday, and they were all pretty solid. My personal favorite of the day was the Shadowboxer Oatmeal Stout. Yacht Rock Belgian Wheat was also pretty smooth. Some would say Kenny Loggins smooth!

Big Brew Day at Great Fermentations turned out to be a winner. Rain was expected in the forecast for the event, but after some slight spitting during the morning hours the sun decided to stick around the rest of the day. There were several notable events throughout the day including a brewing equipment “garage sale”, an introductory cheesemaking class, an off flavor seminar, Ask-A-Judge, and a class on making Sour beer. BBQ’n Fools was churning out some pretty fantastic smoked food including some excellent smoked bratwursts. At 1:00pm over 40 attendees participated in a global toast given by Mayor Greg Ballard. GF staff counted 25 batches brewed right in their parking lot, including a batch of mead. BIMP brewed a Wheat Wine and Dunkelweizen.

Although we were brewing somewhat outside of our comfort zones, GF offered burners, propane, filtered/RO water, and even a mobile wort chilling station (two daisy chained counterflow chillers, a couple of pumps, and a cart for transferring your hot wort to the chillers) to ease the stress of brewing away from your home setup. Another perk was that if you forgot any supplies or ingredients (WHAT WERE YOU THINKING!! ;)) all you had to do was head into the shop. We had a great time and wanted to thank Great Fermentations for putting on event, and everyone that hung out and celebrated National Homebrew Day with us. We are definitely looking forward to a bigger and better Big Brew next year!